At the end of 2012, I headed out to Tangkoko National Park in North Sulawesi, Indonesia with Rolf Steinmann and his beloved Alexa in order to spend 7 weeks in the jungle capturing the magical, cheeky, frequently-frustrating but endlessly loveable antics of the Sulawesi Macaque, also known as the Mohican Monkey. 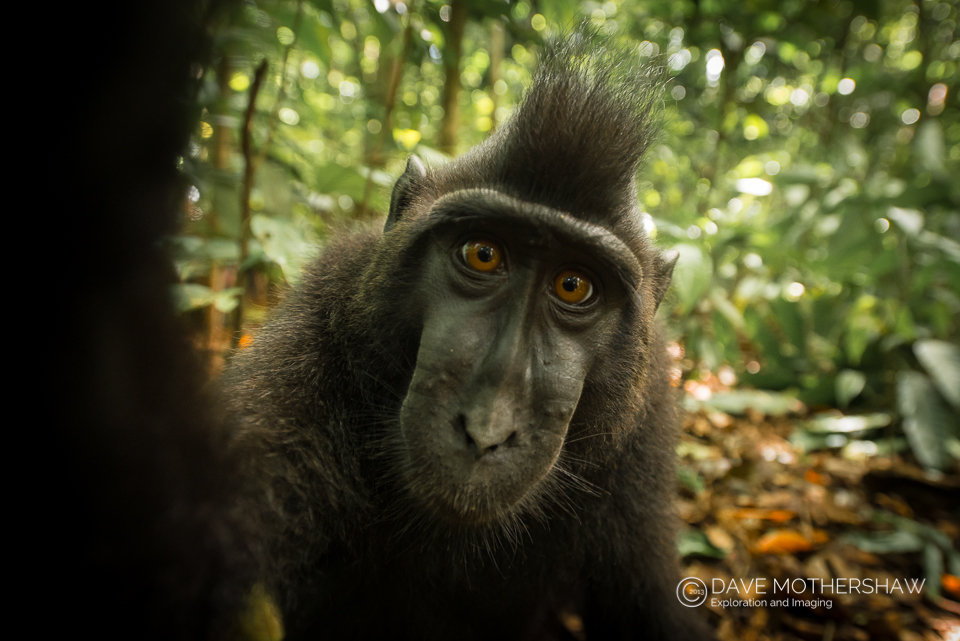 ‘Check me out; I am the Mohican Monkey!’

Like many species living in close proximity to man, the Sulawesi Macaque population has crashed in the last couple of decades. This film, an upcoming BBC Natural World, aims to look at the reasons behind this population decline and asks the question – are these the last of the mohican monkeys? Rolf and I, however, were assigned the rather more cheery task of capturing the behaviour and characters of these, most stylish of primates. December marks the onset of the rainy season and the magical morning mist. 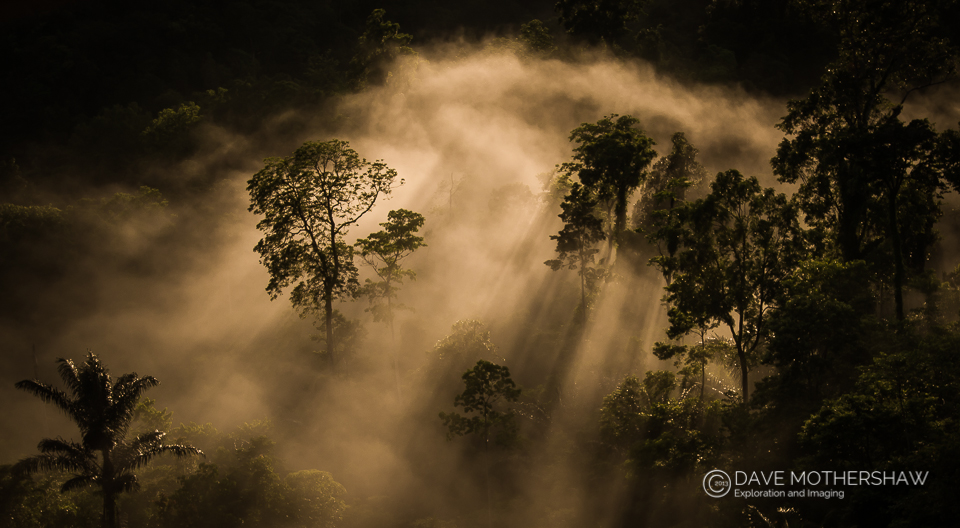 An effective antidote to a 4 am start.

It also marks the start of mango season and the monkeys, well, they eat a lot of mango. Initially this made our lives easy as, rather than roving far and wide, the macaques stayed in a relatively small area, making it a simple task to rejoin the group each day. However, after a short-while it became plain that it would be rather challenging to capture them doing much of anything else. Partly because, when they weren’t eating mango, they were getting to grips with the film equipment. 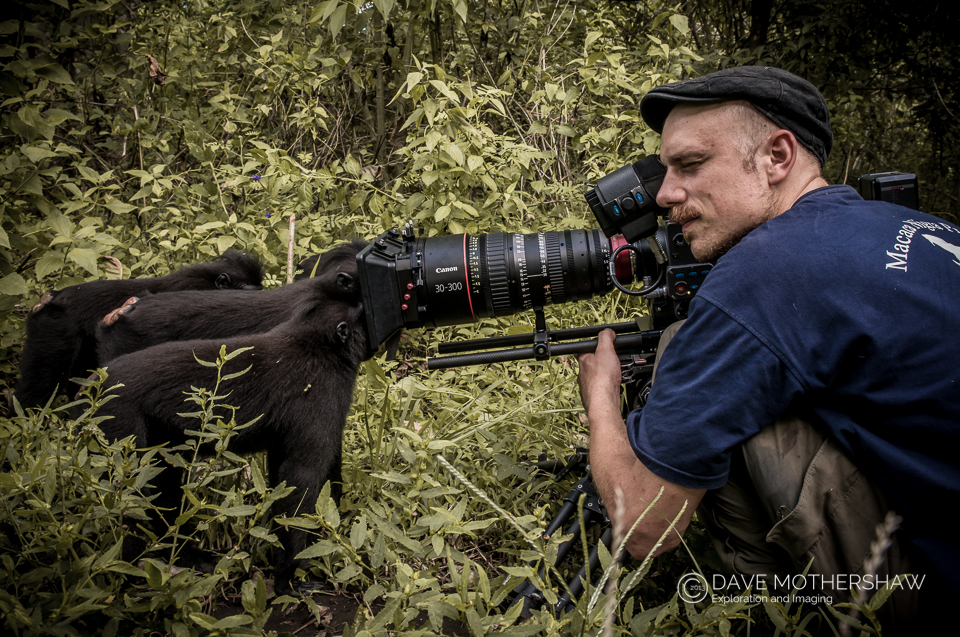 ‘Can’t seem to get the exposure for some reason…’

‘Another hard afternoon in the jungle. What d’you mean it’s only 10am?’

Fortunately on this shoot we had the luxury of time. In wildlife shooting, time makes all the difference and slowly the boisterous, affected behaviours gave way to a more natural insight into the everyday lives of these monkeys. 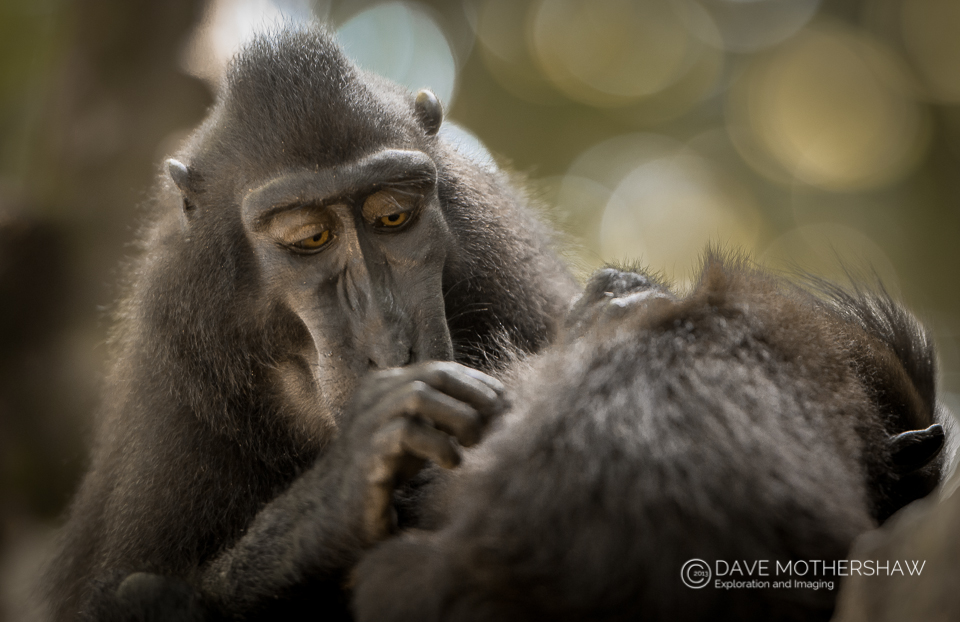 ‘The full mohawk today, sir, or just an exuberant quiff?’ 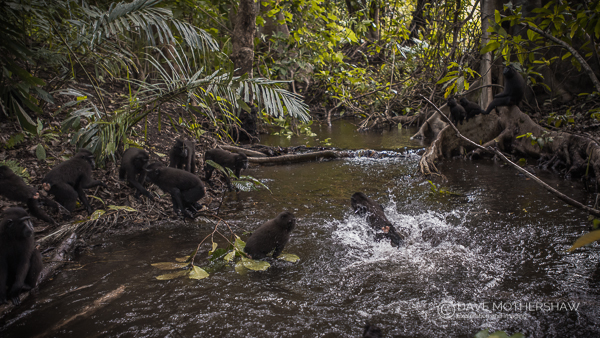 ‘Hey! No running, diving or bombing!’

The Alexa, as ever, performed flawlessly and really allowed us to make the most of the little light that made it down to the jungle floor; even then the aperture was pretty wide most of the time. The two stops that the doubler cost meant it was really only useable in the more open areas, however the scrub was so thick in most places that the doubler was only called for in the open areas anyway. The 30-300 was beautifully sharp and the image straight off the camera is mouthwateringly crisp and rich, the high bit depth yielding super silky tones through the shadows. Carrying a super 35mm camera, a full shooting days worth of batteries, a range of PL lenses and a fluid head through the jungle on the side of a steep volcano between a team of three is certainly a work out and we had some reservations going into it; the image delivered, however, certainly justifies the effort and I’m really looking forward to seeing the completed film this autumn. As usual, absolutely no problems with reliability, despite the heat and oppressive humidity. In fact I recall only one occasion when Rolf’s faith in the hardiness of German engineering wavered perceptibly. 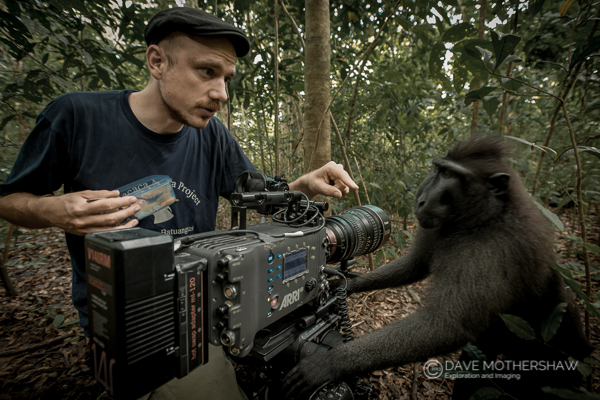 After seven weeks in the jungle it felt pretty strange to come back to the city. Even the smallest of things seemed alien. Still, perhaps that isn’t so different to the jungle… 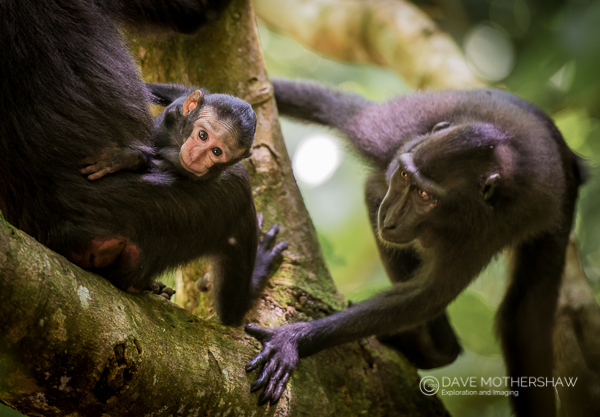 To check out a selection of images captured during our time in Sulawesi visit the Faunagraph gallery here: http://www.davemothershaw.com/galleries/faunagraphs/

This entry was posted in Filming, Photography, Wildlife.