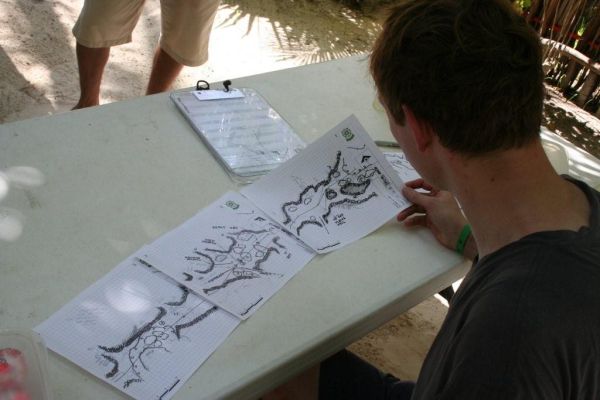 Marcus and I headed back to Mexico in June 2010 to take part in the Mexico Cave Exploration Project (MCEP) Science Week with Dr Chris Werner, Dr Eduard Reinhardt and  hosted by Zero Gravity – it seemed as good an excuse as any to head west again! Our objectives were primarily to produce an accurate and detailed map of the Yax Chen section of Ox Bel Ha, the world’s longest underwater cave system and deploy an array of temperature sensors that will help inform scientists modelling water flow through the caves. Dr Reinhardt and his team would take sediment samples that reveal records of paleoclimatic change in layered deposits of formainifera. A little further exploration would also be undertaken in Ox Bel Ha if the chance arose. The surveys were hugely successful and it was a great opportunity for us to see part of a world famous cave. Marcus and I totalled 8 dives for the project, the longest of which was just under 4.5 hours.