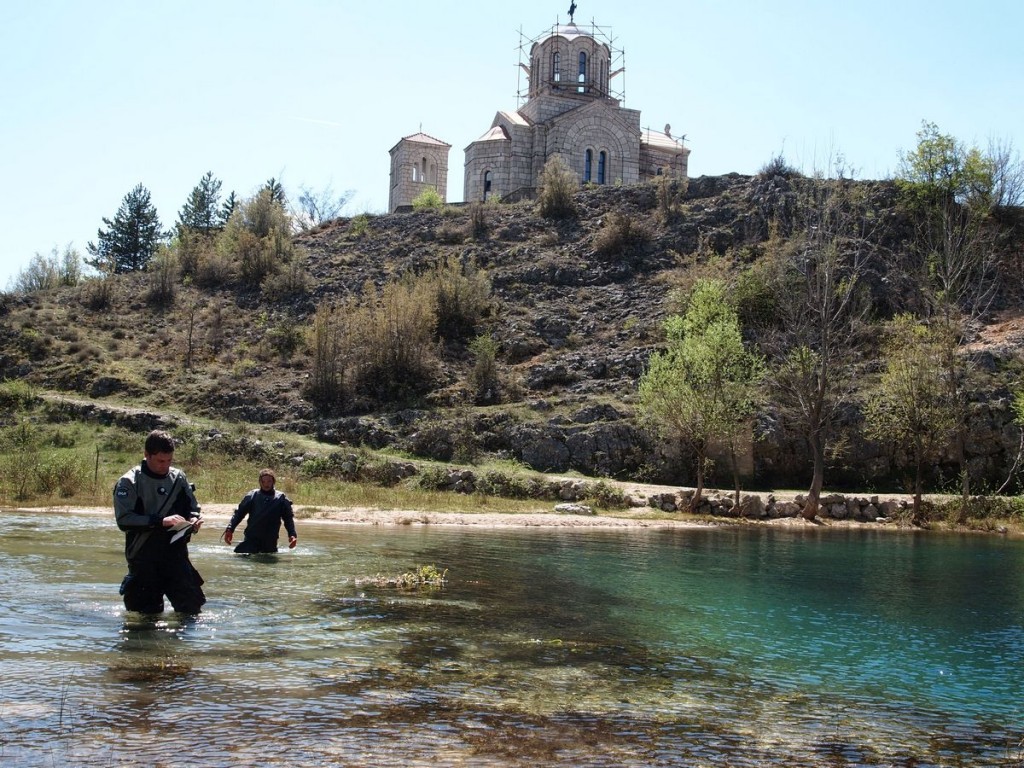 The beautiful setting for the pool at Glavas. Photo courtesy of and copyright Dražen Gorički.

Day two saw us at Glavas, a stunning pool set below a wonderful stone church. The relatively small pool belies an open shaft that heads down pretty much vertically to approximately 80m. From here the onwards passage descends at a more moderate 45 degrees to the maximum explored depth of 115m where the passage levels out and ends in a pinch shortly after. The CSS researchers were interested in generating a relatively high resolution cave map including passage dimensions that could be used for hydrological modelling. We split the cave into sections for survey according to our available gas. The RB80 team would lay the survey line to a depth of approximately 100m and survey from this maximum depth back up to 65m. Florian and I would survey from 65m up to the side passage that branched off horizontally at around 35m and then put in the jump reel connecting the main vertical line to the side passage for the third team to  survey. Unfortunately problems with the RB80s meant the entrance into the cave was delayed significantly. The way we’d planned the dive, with successive efforts making use of the previous teams lines meant this delay filtered through all the teams and we spent a lot of time twiddling thumbs and gazing into the pool. 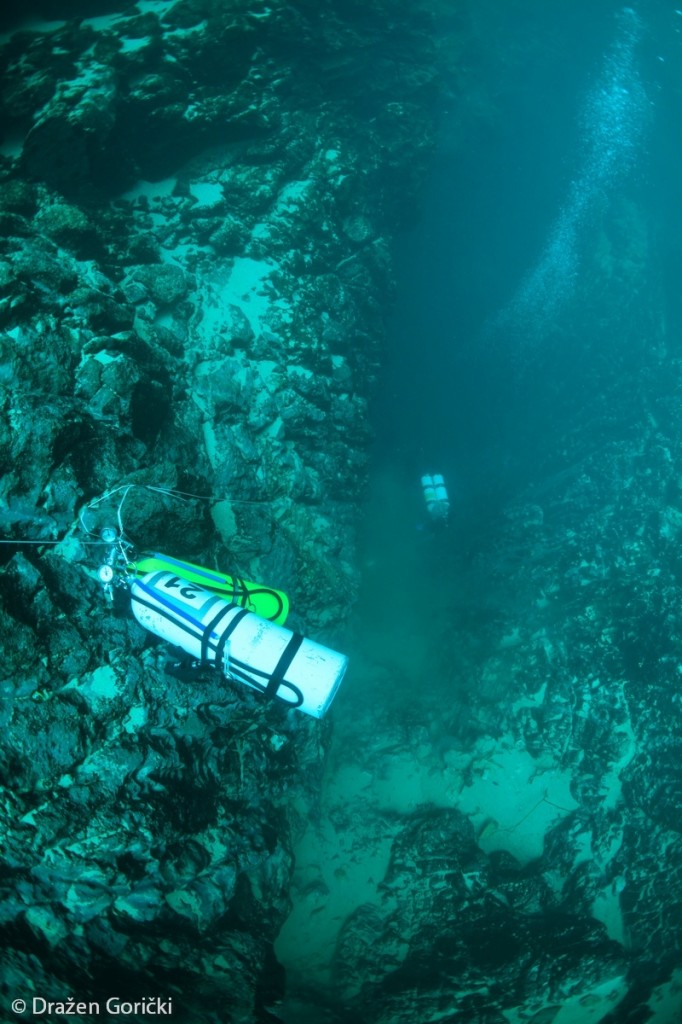 Deco bottles on the line. Photo courtesy of and copyright Dražen Gorički.

With the time for our effort finally arriving, we dropped our O2 and 50% bottles on the line laid by the RB80 team and met them ascending from the shaft below at 21m. Following a quick confirmation that everything was in place below we continued down into the shaft. After a minor kink at 30m the cave becomes entirely vertical and just drops away below. The visibility here allowed us to see about 15m below us as the walls faded into the black void below. The shaft is approximately 6m in diameter and we were able to go into seemingly relentless free fall whilst the walls expanded and contracted around us. Finally, as we approached our maximum depth of 70m, we could just make out the break in the shaft below. Looking up, it was also possible to make out the glow from the opening way above. With nowhere else to go here we ascended slowly, investigating the passage walls as we went which were rocky, jagged and irregular. In places this gave way to sheets of erosion worn stone.

Reaching the arch that separates the side passage at around 37m we spooled off from the mainline, beneath the base of a narrow chimney that ascends vertically parallel to the main shaft and into the side passage. We had plenty of gas to press on so had a bit of a poke along the line here but, having agreed a rendezvous with the third team at the 21m stop after 45mins, we were forced to head back all to soon. The forty minutes of deco was pretty chilly but passed without event and we surfaced with big smiles on our faces (possibly because they were frozen in place). 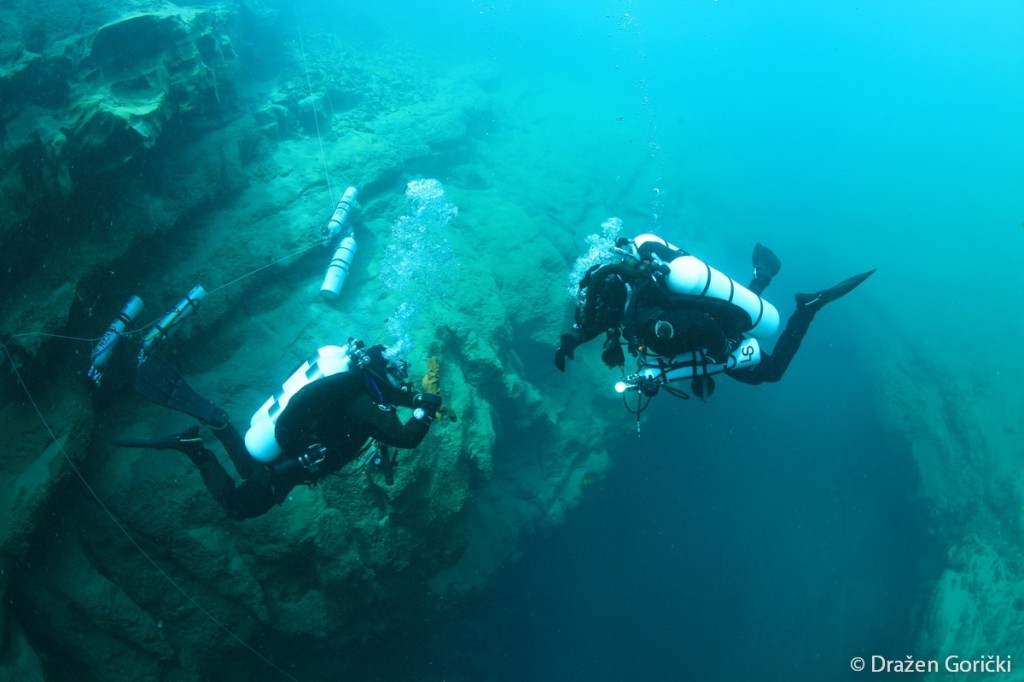 The RB80 team checking in with support divers. Photo courtesy of and copyright Dražen Gorički.