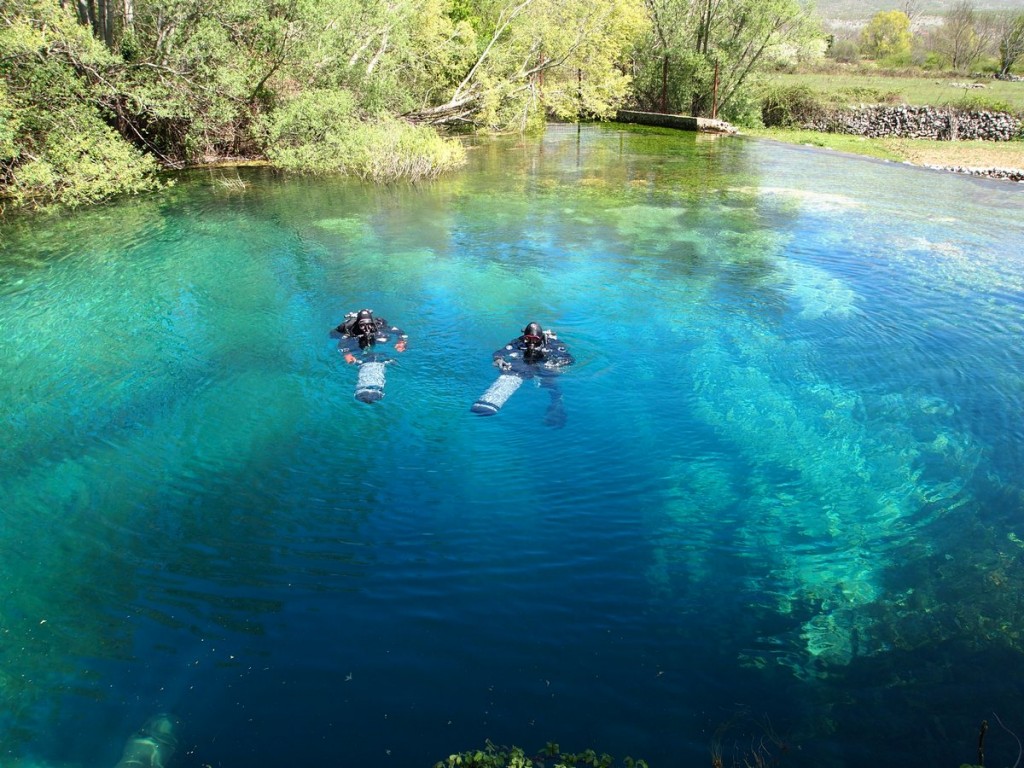 The pool at Vucovjića. Photo courtesy of and copyright Dražen Gorički.

After the previous year’s spectacular wreck trip with Maurizio at Krnica Dive in the Northern Adriatic, Florian and I were drawn back to Croatia in April 2011 by the lure of unexplored caves. Maurizio had teamed up with some researchers from the Croatian Speleological Society (CSS) to gain us access to some of the freshwater caves in the area around Knin. We set up our fill station in the pump house at Vucovjića which would also be the location for the first dives. Vucovjića is a relatively well known cave, for the first sump at least, however the spring melt in the surrounding mountains generates sufficient flow that any line laid in previous years is inevitably ripped out. The  CSS researchers had a number of studies planned in this cave for this season so the first job was relining sump 1.

From the surface this cave looks absolutely stunning and the azure blue easily rivals the cenotes of Mexico for tranquil and inviting beauty although the 6 degree water temperature makes it a little bracing by comparison! Crystal clear water gives way to inky blue as the rocky walls drop precipitously into the gloom below. Florian and I were first in and descended to the bottom of the outer pit, leaving our O2 bottles on a convenient ledge on the way down. A low archway leads into the cave proper with a strong flow exiting the cave. This is the narrowest part of the cave and consequently where the flow coming out of the cave is the strongest but once past we emerged into a reasonably large room. The whole of sump 1 is relatively shallow and this first room is actually the deepest point at just shy of 30m whilst the ongoing passage trends gradually upwards towards the airspace at the end.  The cave itself is very clean with white stone walls and a pebbly/rocky bottom. Again the flow has banished any silt and percolation is minor. 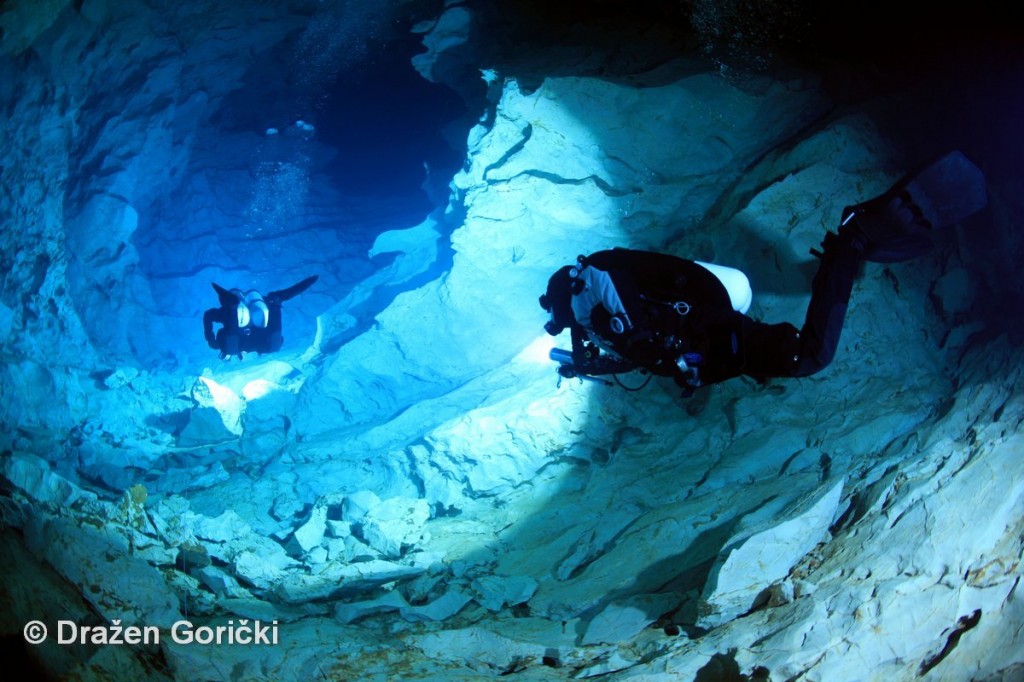 We pressed on through large rooms connected by low arches or longer sections of conduit. Every now and then we reached points where it appeared we could tie in to an old segment of line but, invariably, this would only continue to the next tie off before the old line would end and we’d need to restart our own line again. In the end it proved quicker to simply keep going with the new line and mark the old sections for removal later. After 50 mins we hit turn pressure so tied off the reel ready for the next team before heading out. Riding with the flow in this direction we were back at the arch restriction and exiting the cave in no time. The quick exit meant we escaped having to do any deco as well – bonus!

In the afternoon two more teams took the line further into the cave and on into sump 2. Florian and I headed back in later that afternoon in order to do a bit of housekeeping and pull some of the old line from sump 1 whilst the RB80 guys were off ahead in sump 2. Not having to lay line against the flow we reached the end of sump 1 pretty quickly where there was a real mess of birds nested old line and loops floating up mid passage. We managed to clear the worst of it before hitting turn pressure and heading out again. This dive was slightly longer so we enjoyed a short stint on O2 in beautiful surroundings whilst the sun set on the world above. The beauty of the surroundings was put into stark context by the presence of the grenades observable in the outer pool, disposed of in the ‘bottomless pools’ by local militias during the fighting that ravaged this area during the mid-90s. 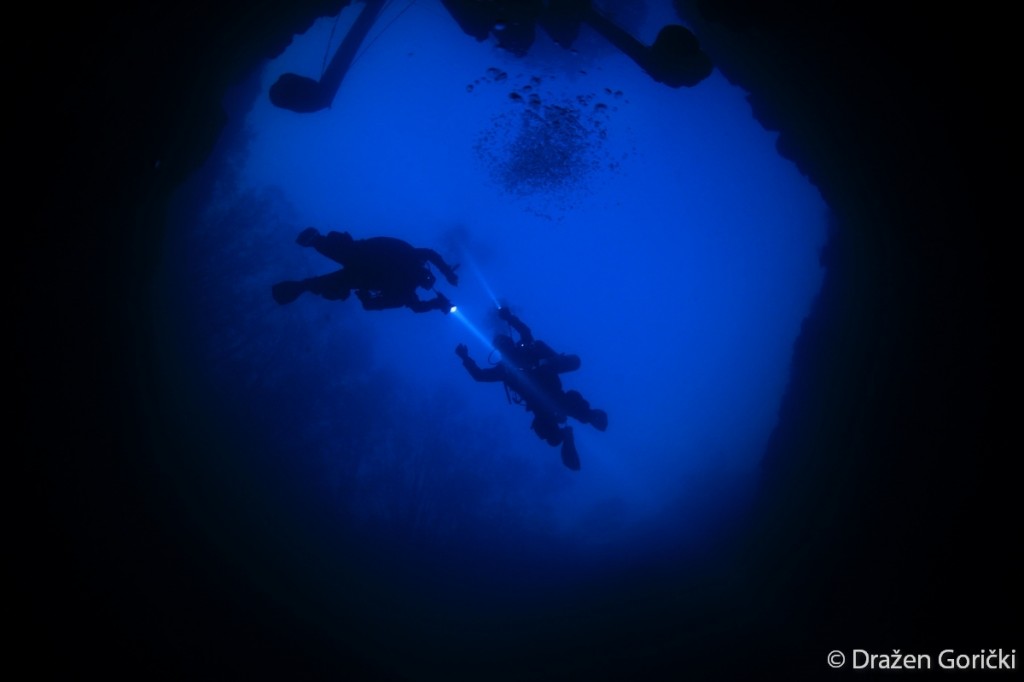 Decompressing as the sun goes down. Photo courtesy of and copyright Dražen Gorički.