Gozo feels like an ancient island and with good reason: the fabled home of Odysseus’ besotted captor, the nymph Calypso, it also boasts the oldest surviving free standing human structures in the world, the Ggantija megalithic temples. In fact, the word Ggantija derives from the Maltese word for ‘giant’, as the stones used to construct these temples are so massive people believed the site could only have been built by an ancient race of giants. And the same could be said of Gozo itself: hewn, battered and sculpted by countless millennia, the limestone edifice rises stark and imposing above the azure Mediterranean waters, pocked and permeated by a fantastic collection of caves, caverns and arches. Fortunately for divers, sea level change over the ages has left ancestors of these giant features far below the current sea surface giving rise to an underwater world that is just as dramatic, exciting and magical as any envisaged by Homer. Diving here is largely accessible from the shore, often from sheltered inlets cut off from the sea outside by truly epic caverns and tunnels; caverns that could easily have been the namesakes of Sheck Exley’s Caverns Measureless to Man.

A Sea of Dancing Rays and The Doors of Perception

I’ve recently returned from the Maltese Island of Gozo. The main Gozo post will follow shortly but I wanted to put something up in the meantime as these shots don’t quite fit there. So here follows a slightly disjointed musing with no particular theme other than thoughts inspired by my time spent under Gozoitan seas:

Firstly, I posit that it is literally impossible for an underwater photographer to visit somewhere with great visibility without picking off at least a couple of backlit sunburst shots so we may as well get that out the way. 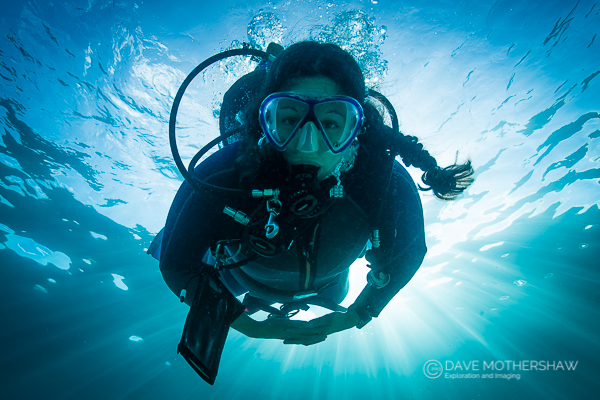 Because I just can’t help myself.

Natural-light photography from under the sea seems to be under-represented at the moment with the majority of published work focusing on using creative augmentative lighting to boost colours to psychedelic, acid-trip-in-the-Wonka-factory type levels. I think for me this is one of the reasons polar photography is often so striking; there is a refreshing natural purity in a monotone landscape that speaks of the hostility of living there. Don’t get me wrong, I love the acid house(reef) effect but it is a little constraining in terms of the emotion such a vibrant, colourful image can convey. After a while there’s a distinct danger that it all just merges together into a mind numbing swirl. Gozo is a vivid place, but underwater it has the barren simplicity of an aqueous desert and the lighting to match. 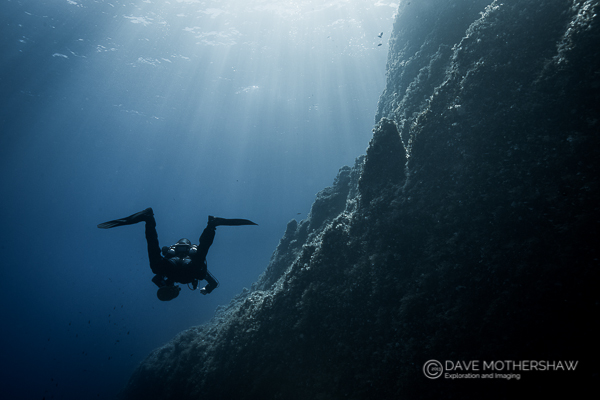 God’s own country and he lights it well!

It is, in part, an illusion of course as a closer inspection reveals there is life everywhere but it is easy to lose yourself in the rays of light playing over the endless walls and dissipating in the impenetrable blue. 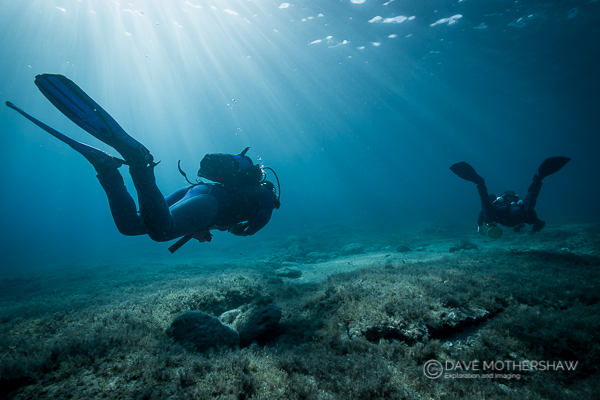 “If there is magic on this planet, it is contained in water” – Loren Eiseley

Undoubtedly the other thing Gozo is rightly famous for is the scale of the truly epic sea caves that open into the vast blues of an inky depth so profound and inviting that it’s hard not to constantly recall James Cameron’s The Abyss. Hanging midwater, dwarfed by the immensity of the walls and staring down into the unknown below is probably one of the best places to get a feel for the crushing remoteness of the alien world of the deep ocean lying far far below. That feeling was never stronger than on encountering this group of divers guiding their underwater sun back towards the surface. 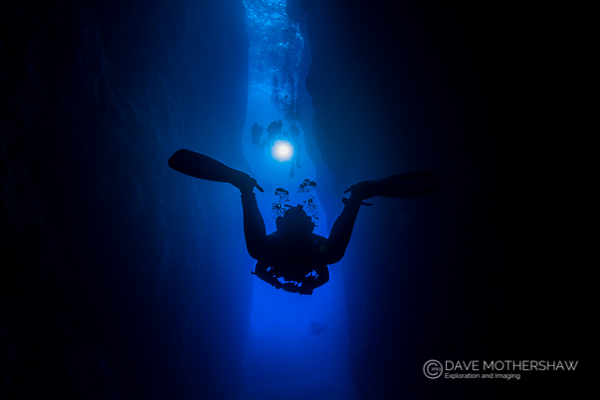 “A place on Earth more awesome than anywhere in space”.

Finally, taking photos in these caverns, I was really pushing the camera to its absolute limits in terms of low light performance. As photographers, I think we are going to always want more from our gear in this respect but I have been reasonably satisfied with my D800’s results, even shooting at outrageous ISOs. Obviously the heavyweight resolution comes at a price in terms of noise and there are some beautiful vistas that will have to remain memories for a while yet. That said, even those scenes on the borderline, like the final shot in this post, can produce interesting images with some careful RAW processing. “There are things known and there are things unknown, and in between are the doors of perception…”. 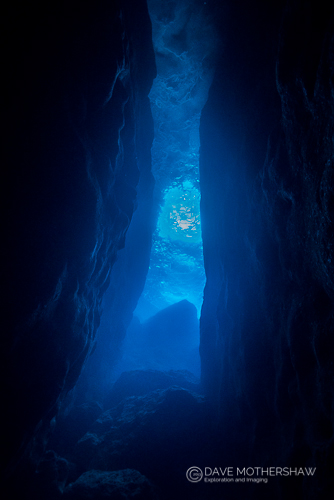 OK, back to psychedelic.